Through Meiji, Taisho, Showa, Heisei and Reiwa eras,
Ryumeikan, with a history of more than 100 years, continues to welcome customers today and tomorrow. 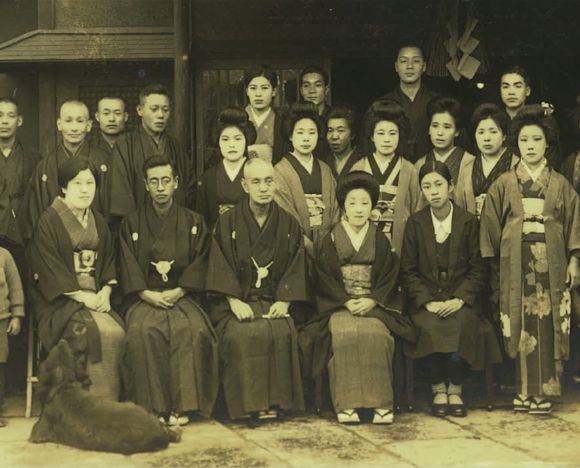 The History of Hotel Ryumeikan 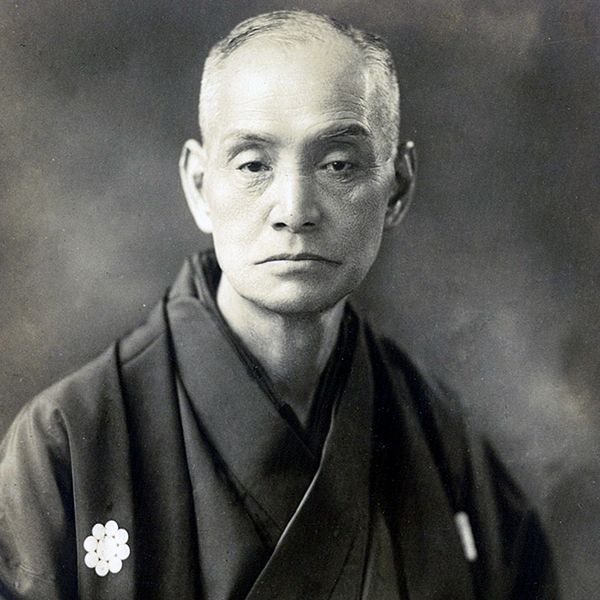 Founder of Ryumeikan, Hamada was born as a 4th generation of Naguraya Inn, which was opened since Edo era at Nihonbashi, Tokyo. However, Naguraya was inherited to the son of his older sister, therefore in 1899, Ryumeikan has opened as a subsidiary hotel of Naguraya at Kanda, Tokyo. Name Ryumeikan is thought to be a combination of name of the sister “Tatsu (meaning dragon)” and Naguraya’s “Na (meaning name)” 2 stories building were built and all the rooms faced the garden. Sophisticated Japanese-style building appealed to professionals of many industries and it was introduced on numerous magazines. Furniture and design of the interior accessories were selected very carefully to match the style of the hotel.

Furthermore, the founder who liked to have new and innovative things, he made Western Building on the garden and hired a chef to serve western dishes. With those efforts of the founder and his wife, the hotel developed to have two subsidiaries at Gofukubashi and Enrakucho by the beginning of the Taisho era (early 1900s). 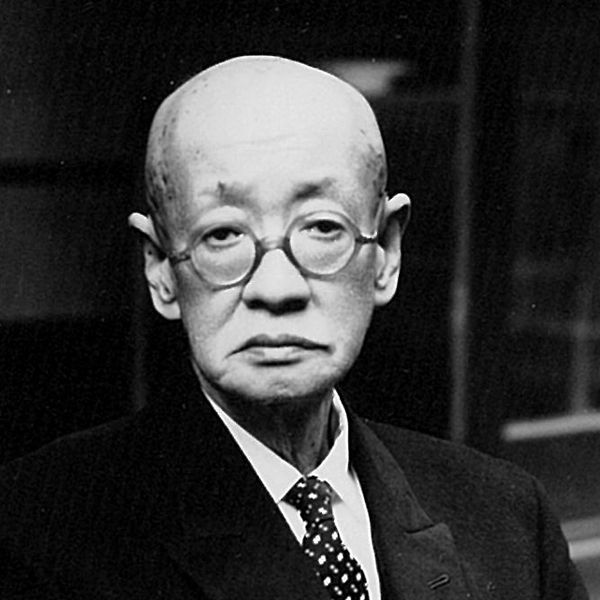 After year 7 of Taisho era (1918) when Jiro Hamada (previously Jirou Takahisa) inherited the hotel as a 2nd generation, in year 12 of Taisho era (1923), great Kanto earthquake took place. The hotel was placed at the place were only few buildings were around, so it was believed to be safe, but the speed of fire was overwhelming. Subsidiary hotel at Enrakucho was just after reconstructing the 3rd floor, however, all the hotels, main hotel and subsidiaries, burned down. Jiro Hamada sat down in front of the burned downed hotel with the unendurable feelings.

After the earthquake, to restart the hotel, Jiro Hamada had to finance the capital. Jiro and a wife of the founder visited one of the customers, Mr.Honma who lived in Yamagata-Ken. Mr.Honma kindly accepted their request, and rend great amount of money without interest or time limit. Without that money, Ryumeikan did not exist today. To pay back to the kindness of Mr.Honma, Jiro Hamada and the workers put great efforts, and fortunately they were able to pay back before the WWII 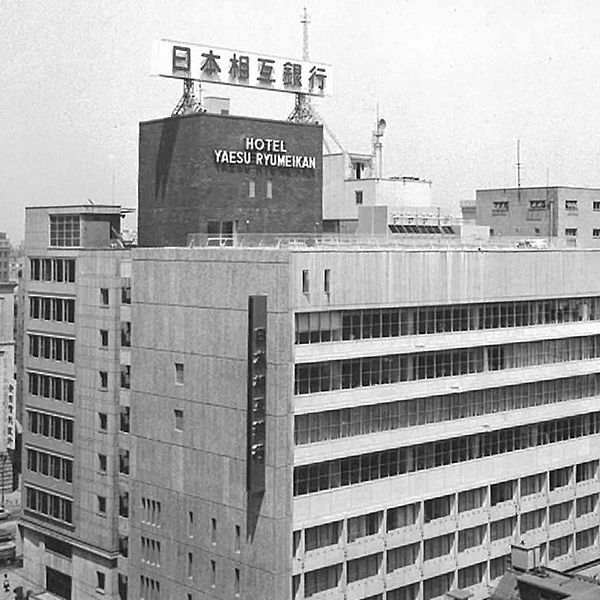 As the reconstruction of the city proceeds, Showa era has started. While the buildings were rebuilt, it was a tough period for Ryumeikan since the economic condition was not fully recovered after the earthquake. The Olympic was planned to be held in Tokyo, and a hotel of 2 stories with 8 rooms were built, but WWII were about to break and the Olympic was cancelled.

After World War II broke out, we decided to lend eight guest rooms and the hall of the new building of our main branch to the government as an official residence of the “Ministry of Greater East Asia” in the fall of 1944. However, the war situation grew worse and worse. In the spring of 1945, the Gofukubashi branch and Nagura Ryokan were both burned down in air raids. At that time, we had our relatives and friends, as well as people whose homes were burned down stay at our hotel. Fortunately, our main branch survived the war. As we didn’t buy any supplies from the black market during or after the war, we had a very hard time to provide food and caused our customers a great deal of trouble.

Values changed drastically after Japan’s defeat in the war. The post-war reconstruction of our hotel begun with the rebuilding of Gofukubashi branch. After we accomplished this reconstruction, we welcomed Takashi Hamada (original name: Takeshi Nomoto) as our third-generation owner. 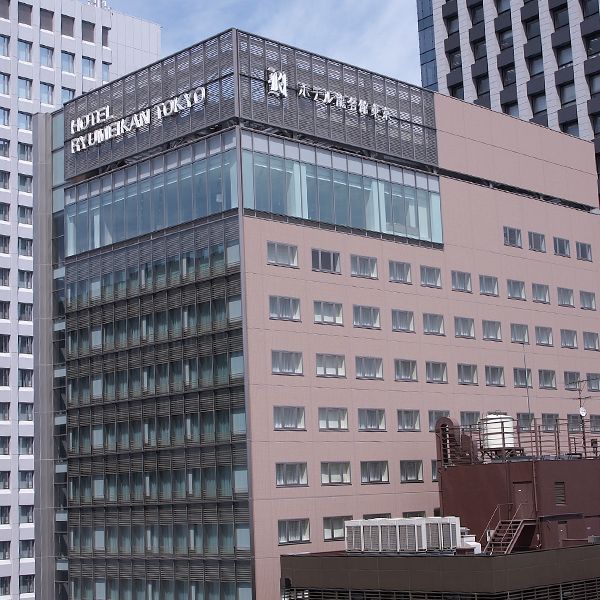 As the economy grew rapidly, in 1973 we have decided to rebuild the hotel to a skyscraper. It was the biggest decision that 3rd (Takashi Hamada) made. The construction took 3 years to complete. After the construction, Showa to Heisei, we have tried a various kinds of new businesses and the introduction of Roppongi Hanagoyomi was one of them. In year 7 of Heisei (1995), Akio Hamada was introduced as a 4th. With the tradition and the mindset that has passed down since the beginning, a project of building Yaesu Ryumeikan began. On September, 2005, Akio Hamada became a chairman, and his younger brother, Yasuo Hamada became a president. The reconstruction continued, and completed on June, 2009, and brand new “Hotel Ryumeikan Tokyo” was born.

In the site of the hotel, there is a tree called “ash.” It is a strong tree that once burned by the fire of Great Kanto Earthquake, but relived and flourished. When we rebuilt the hotel, we have decided to keep it as it is. 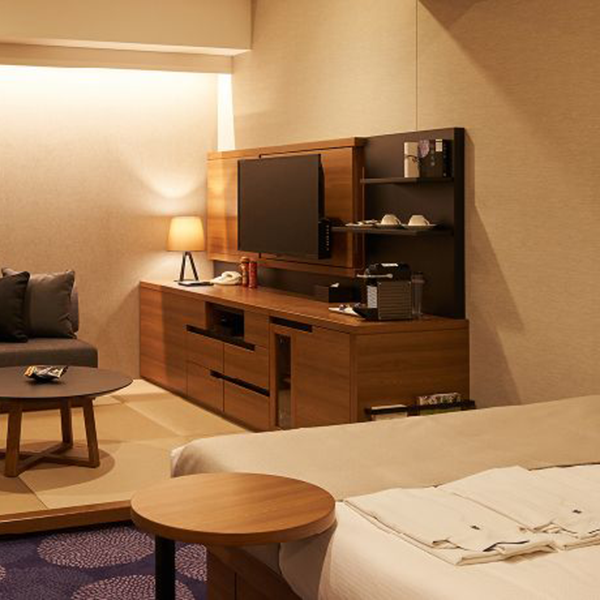 On June 1, 2019, Hotel Ryumeikan Tokyo celebrated its 10th anniversary. To mark this occasion, the design rooms “"FORUS," accounting for 30% of the total guest rooms, were renovated.
In 2020, due to the impact of the COVID-19 pandemic, the number of hotel guests decreased and the restaurant was forced to close temporarily. More than a year has passed, but we are still in a difficult situation. Taking every possible measure against infectious diseases, we will continue to do our utmost for our customers and keep going forward even in these difficult times.